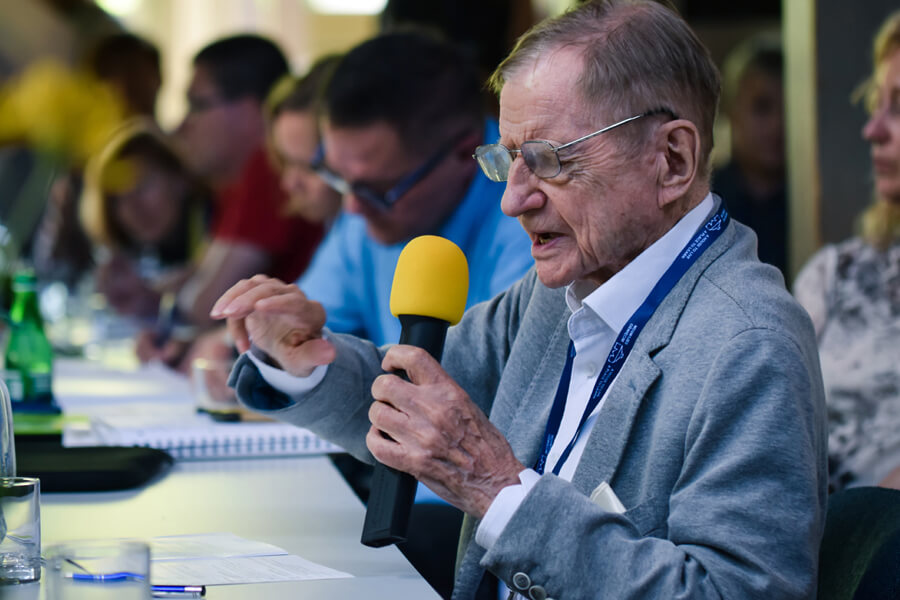 The leading theme of the conference were the attitudes of witnesses in the Nazi and Stalinist times, as well as during ongoing conflicts and wars. Speakers and participants discussed, among others, such issues as: how Auschwitz was perceived by the inhabitants of Oświęcim during the Second World War, the recollections of former concentration camp prisoners, the role of film as a witness to crime, artifacts as witnesses of the Holocaust, psychological perspective of witnesses of the crime, individual and public memory in Germany, and testimony of survivors of the genocide in Rwanda.